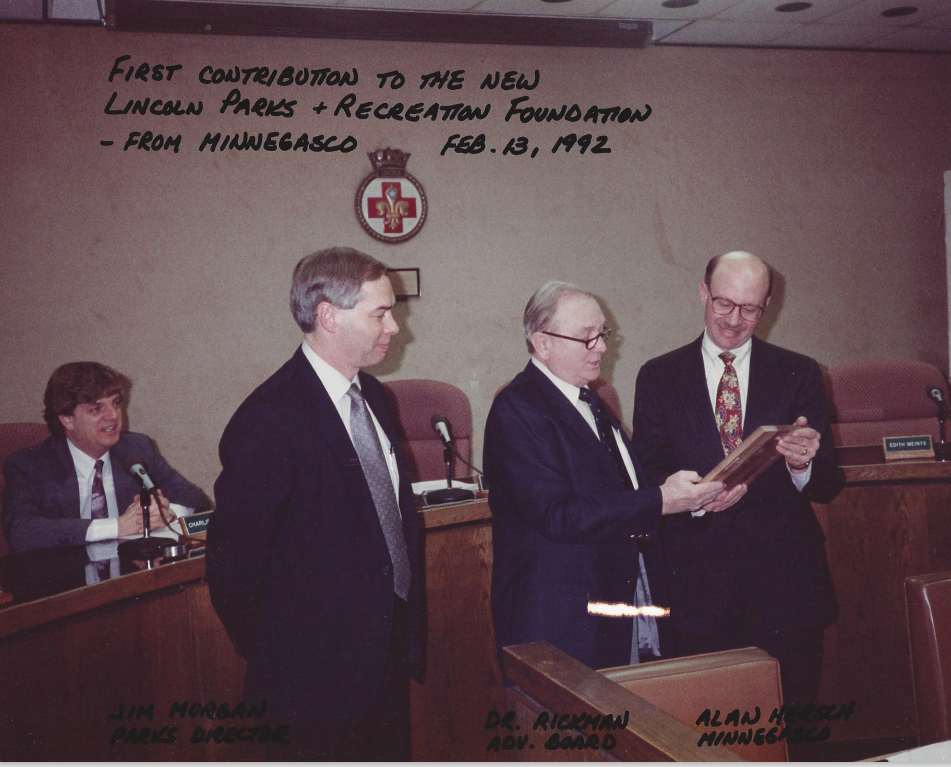 To inspire and nurture a philanthropic legacy for parks and recreation in our community.

Lincoln has an impressive community wide parks and recreation system that includes 128 parks, 85 playgrounds, 133 miles of trails,10 pools, 5 recreation centers, and 5 public golf courses. Excellent amenities like these are important for our community's strong quality of life and economic development.

As a private 501 (c) 3 non profit organization we work in partnership with the Lincoln Parks and Recreation Department. The Lincoln Parks Foundation enlists the help of individuals, corporate donors, and other charitable foundations in our efforts to sustain and improve our excellent parks system. Private support is essential. Every dollar counts. Thank you for your generosity and kindness!

The Lincoln Parks and Recreation Foundation is a recognized 501(c) 3 organization under the Internal Revenue Code of 1986, as amended. You are encouraged to seek professional advice for personal income tax questions to determine potential benefits for charitable donations made to the Lincoln Parks and Recreation Foundation. If you require a receipt for any donation made to our organization for tax purposes please contact the Parks Foundation at (402) 441-8258.