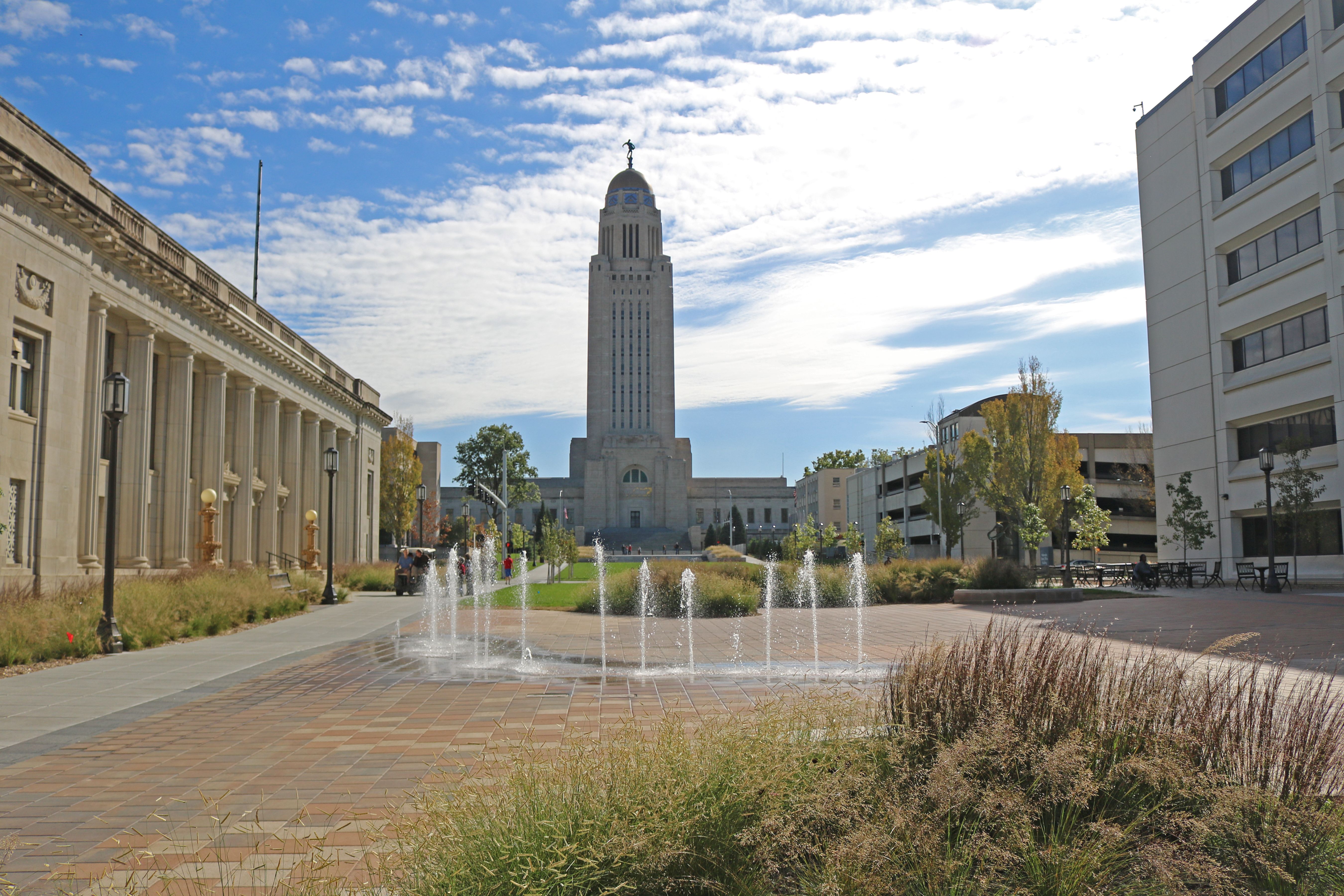 Free and open to the public from dawn to dusk

Built in 1967 to commemorate the state's 100th anniversary, Nebraska's Centennial Mall extends north from the State Capitol seven blocks on what would be 15th Street. This public space serves as a scenic connection between Nebraska's most important institutions: the State Capitol and the University of Nebraska.  Over the years, Nebraska's Centennial Mall has functioned as a gathering space and rallying point for many different events in Nebraska's history. For example, following September 11, 2001, the Mall became a de facto gathering and vigil space as citizens reflected and grieved together. Every year, 35,000 of the state's fourth graders visit the Capitol and stroll down the Mall as part of their field trip focusing on Nebraska history.

In 2009 the Lincoln Parks Foundation initiated a $9.6 million campaign to restore the historic Nebraska’s Centennial Mall. Thanks to generous donations from the City of Lincoln, Lancaster County, the State of Nebraska and many private contributors from across the state, the seven-block mall renovation was completed in 2016. We are especially thankful for a $2 million gift from Hebron native Glenn Korff who sadly passed away in 2013.

The redesign of Centennial Mall recognizes and celebrates the legacy of stewardship in Nebraska – past, present, and future. This allows education and story telling of the state's natural and civic history while highlighting many of the unique aspects and features of the state:

Elements on this block celebrate the democratic process that began with statehood and continues as an organized society. "Watchful citizens" and state leaders will be recognized for their contributions. The central feature of this block is a formal, ceremonial plaza with a signature fountain and design echoing the north steps of the State Capitol Building.

This block recognizes the natural resources of Nebraska and the critical importance of their stewardship. Water resources including Nebraska's rivers and the Ogallala Aquifer will be symbolically and literally highlighted. This area of the Mall features a large plaza with a block-wide outline of the State of Nebraska with rivers and eco-regions represented in the plaza pavement. It is envisioned that students and visitors will congregate within this area to learn more about the state.

The three central blocks (which are open to vehicular traffic) highlight the people, cultures, and organizations that have come together over time to create a social quilt of Nebraskans. Bands of attractive and inscribable pavers along the primary walks on the east and west sides of the Mall will provide opportunities for donors to recognize a person, family, community, or organization.

Based on the prominent presence of the University, these two blocks focus on creativity sparked through innovation and education. The efforts of educators, artists, and innovators, will be highlighted and celebrated. the central feature of this area is a plaza with a kinetic water feature representing sparks of imagination and creativity; it will also include an art alcove and amphitheater-type seating area. This plaza is between the Lincoln Children's Museum and UNL's Anderson Hall housing the College of Journalism and Mass Communications.